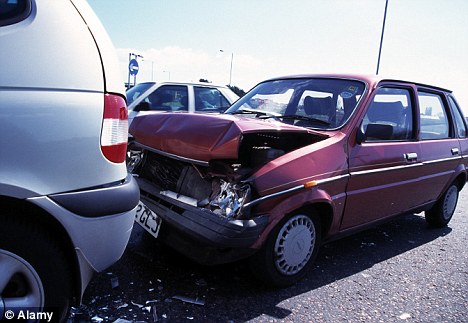 A driver will almost always be held liable for an an accident if they caused injury or damages by striking a parked car. Specifically, when only one driver is involved in an accident, and the other vehicle involved in the supposed accident is parked and not moving, all signs point towards the driver of the moving vehicle as being liable. In codified legal terms, this concept is written as follows:

*Note: The legal term “prima facie” can be defined as “at first glance” in layman’s terms.

The only scenario in which a driver will not be held liable for damages is if he/she is able to provide a valid explanation as to why the accident occurred and is not their fault. This means that when a driver strikes a parked car, the responsibility falls on him/her to provide a legal justification that would clear them of wrong doing i.e. a driver might be able to escape liability by proving that the parked car in question was too far from the curb or illegally parked in an intersection.

A real-life example of the responsibility discussed above can be observed in a decision issued in a civil case involving a one-car accident. In said case, a passenger sustained injuries when her taxicab driver lost control of their motor-vehicle and struck a parked car:

*Note: The legal term “exculpatory” can be defined as a “show or declaration that someone is not guilty of wrongdoing.”

If you or a loved one has been injured in an accident involving a taxi driver or parked car, you should contact a NY Personal Injury Lawyer who is experienced in handling motor vehicle accidents and cases involving stationary objects. For a free consultation contact the law firm of Zalman Schnurman & Miner P.C. at 1-800-LAWLINE (1-800-529-5463).